The National Centre for Paediatric Gastroenterology, based in Children’s Health Ireland (CHI) at Crumlin, has a long track record of international research leadership, supported by the NCRC. The main research areas at present are infectious diarrhoeal disease of childhood, paediatric inflammatory bowel disease, immune responses of the gut, and clinical epidemiology and outcomes research on digestive diseases of childhood. Childhood is a time of tremendous growth and development, and any disease that affects a child’s ability to absorb nutrients can have a major impact on their ability to grow and develop normally, and can significantly disrupt their normal life, including participation in school and social activities.

Infectious diarrhoeal disease is one of the major causes of infant mortality worldwide. Professors Billy Bourke and Ulla Knaus have a long-standing research partnership studying the pathogenesis of bacterial infection of the intestine. They have been particularly interested in understanding how Campylobacter jejuni and other important intestinal pathogens interact with the cells of the intestine to cause disease. In particular, they have described a novel and heretofore unrecognised intestinal defence system involving the production of hydrogen peroxide and related molecules (reactive oxygen species, ROS). These chemicals are produced following interaction of the intestinal surface epithelial cells with infectious organisms and result in disruption of the normal signalling mechanisms within the bacteria, thereby reducing their effectiveness as pathogens. Their important collaborative research programme aims to elucidate fundamental questions regarding the mechanisms of both intestinal infection and inflammatory bowel disease in children.

Paediatric inflammatory bowel disease research is one of the key pillars of the Centre’s current research activities. Prof Séamus Hussey leads the IBD research group and helped to establish the DOCHAS study in 2012, with the support of the NCRC. This is the only prospective study of its kind in Ireland and is uniquely placed to provide data on a national patient cohort. Ireland has among the highest incidence rates of paediatric IBD in Western Europe. The aim of DOCHAS is to look for potential risk factors that could lead to developing IBD or alter its progression, as well as to understand why differences exist between patient journeys with IBD over time. The DOCHAS study facilitates research into new biomarker discovery, and the identification of new therapeutic targets for this debilitating disease affecting more and more children in Ireland. 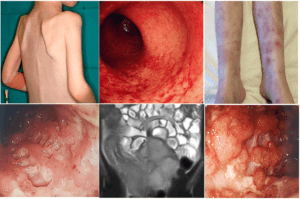 The Centre also has a track record in clinical epidemiology research on digestive diseases of childhood. Together with Dr Marion Rowland, a clinical epidemiologist recognized internationally for her work on the epidemiology of H. pylori, Professor Burke has a major research interest in the epidemiology of cystic fibrosis-associated liver disease. This work is focused on understanding the population incidence and risk factors for the development of liver disease and its complications among Irish children with cystic fibrosis. 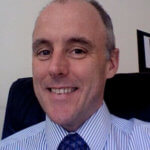 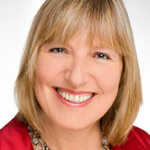