Our Researcher in Focus for November is Dr Yvonne D’Art, a NCRC clinical research fellow who has recently completed an MSc at the Infant Centre at University College Cork. Under the supervision of Prof. Jonathan Hourihane (UCC and RCSI), Yvonne was studying the use of the single dose food challenge in the diagnosis and management of cow’s milk allergy in infants. 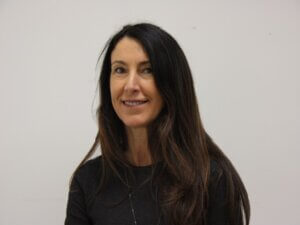 The incidence of food allergies is on rise worldwide. In Ireland, food allergy affects 4% of children with an allergy to cow’s milk being the most common.

“Cow’s milk allergy affects approximately 1% of Irish babies. It occasionally causes life threatening or fatal reactions, called anaphylaxis, but it has a much wider and sometimes prolonged impact on a child’s growth, diet and taste preferences and on their integration into the normal social activities of infancy and childhood. Affected families can feel isolated and stigmatised. Some babies who can’t get rapid access to expert advice end up on unsuitable and unsafe dairy substitutes such as goat’s milk. They can end up with nutritional deficiencies and even Ricketts as a result” explains Yvonne.

Cow’s milk allergies can be transitory and resolve over time. Studies have shown that the incremental introduction of increasing amounts of baked milk products over time (the “Milk Ladder”) can help improve tolerance and reduce the risk of life-threatening allergic reactions.

Current practice in Ireland at allergy units in Cork and Dublin is for children to be introduced to the milk ladder at diagnosis, once they are weaned onto solid foods and therefore able to consume the relevant foods on the milk ladder.

In her project, Yvonne was interested in identifying ways to help parents move their children up the milk ladder.

In recent years, there has been significant interest in the use of single dose challenges to inform allergen risk management. In these challenges, infants with a suspected allergy are exposed to a standardised dose of allergen that is known to elicit an allergic reaction in a small number of children.

At the Infant Centre in UCC, they have found that children who take part in single dose challenges appear to move up food ladders quicker.

“In previous studies, we have pioneered the safe and family-friendly use of rapid access, low dose food challenge tests with peanut, hazelnut, egg and milk. We have been struck by how reassuring families have found this medically directed demonstration of low-dose safety and we have seen babies move ‘up the ladder’ to full tolerance of milk much quicker than we had expected. This was an unexpected bonus noted by staff during the previous studies and we wanted to study this aspect further” said Yvonne.

To build on this anecdotal evidence and assess if the single dose challenge does help children move up the milk ladder quicker, Yvonne “devised a study in which we could compare the outcomes of 2 groups of babies, one group who would take part in the low-dose food challenge and the other group would not”.

Sixty children took part in the study. “Of these, 40 were given a tiny dose of milk (the dose at which we would expect only 5% to react) while in hospital and observed for a reaction. The other group of 20 babies did not have this dose of milk. Both groups were then asked to follow the same programme of milk introduction at home, starting with baked milk products, following the ‘milk ladder’. The milk ladder consists of 12 steps. At each step up the ladder the child consumes less well baked milk products until at step 12 they are safely drinking cow’s milk. Mothers were also asked to fill out anxiety and quality of life questionnaires at intervals to 1 year after recruitment to the study” said Yvonne.

“These new single dose challenges are a very simple and safe way to improve the outcomes for babies with milk allergy. This could have a huge impact both on the child’s health and also on the general well-being and quality of life of their families” said Yvonne.

She believes the single dose challenge may be particularly beneficial in cases where parents have significant concerns about their child’s allergy and are hesitant to start introducing milk products.

According to Yvonne, “It may not be necessary to use it in every case of cow’s milk allergy in infants, however it could be used in the management of cases where progression on the ladders is proving difficult. It could be used as a simple and safe intervention to provide reassurance to parents and help them overcome some of their anxieties about their child’s diagnosis and treatment”.

The study also further bolsters the safety profile of the milk ladder.

“Currently, Ireland is the only country where the milk ladder is started in young infants at diagnosis, and this is mostly done only after being seen in a paediatric allergy clinic. The milk ladder is also used in the UK and Australia but only after consultation in a specialist allergy clinic and at a much older age, usually after 12 months of age. As we have shown safety for these 60 infants I would advocate for wider, routine use of the milk ladder at diagnosis. If patients were screened by phone it could even be started at home before attendance at clinic” said Yvonne.

Further information on Yvonne’s research can be found through the following links;