Our Researcher in Focus for October is Dr Mary Isabel O’Dea, a Clinical Research Fellow working in Prof. Eleanor Molloy’s Paediatrics Lab in the Trinity Translational Medicine Institute at TCD. Mary was recently awarded a PhD for her research on UNICORN (Underlying mechanisms in Neonatal Immune Metabolic Dysregulation and Brain Injury), a large translational research project exploring the role of inflammation in neonatal brain injury. 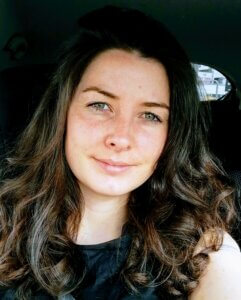 Even after apparently normal pregnancies, neonatal brain injury is seen in 2-9 cases per 1000 live births, manifesting in the form of symptoms such as seizures and changes in consciousness. The brain injury can be caused by several factors including a lack of oxygen during pregnancy or birth, infection, metabolic and genetic factors.

It is one of the most serious complications that can affect full term babies. As Mary explains “Neonatal brain injury is a devastating outcome following a normal healthy pregnancy and has profound emotional, social and financial impact on families. The survivors of neonatal brain injury are affected with cerebral palsy, epilepsy and developmental delay and require tertiary level paediatric specialist care”.

The current treatment options for neonatal brain injury are limited. In moderate and severe cases, therapeutic hypothermia or cooling therapy is used. This is a controlled lowering of the body temperature that has been shown to improve outcomes in newborns with a brain injury. However, “At present, despite therapeutic hypothermia, 50 percent of these infants have a poor neurodevelopmental outcome”.

Mary’s research on the UNICORN study was focused on the development of new treatment options that could be used in combination with cooling therapy. “The project addresses the urgent need for further understanding and development of adjunctive therapies for infants with brain injury to improve their quality of life and decrease the burden of care for families”.

Mary was interested in the role the immune system and inflammation plays in the progression of neonatal brain injury. “Inflammation has been associated with more severe developmental problems for these babies. We have previously demonstrated that certain white blood cells called neutrophils and monocytes are over activated in these at-risk babies and [this over activation] may prolong inflammation and cause further injury to their brain. By studying mechanisms causing this persistent inflammation and blocking these responses with medications with a good safety profile, we can develop new treatments to decrease brain injury”.

To do this, patients were recruited across all three Dublin Maternity Hospitals, the National Maternity Hospital, the Coombe Women and Infants Maternity Hospital and the Rotunda Hospital. “The aims were to recruit infants with neonatal brain injury who were undergoing therapeutic hypothermia, or cooling therapy, in the first week of life, alongside healthy term control infants”.

Blood samples were collected from both groups and the activity of immune cells and the levels of markers of inflammation in the blood were measured. “Having previously shown that inflammation is altered in babies with brain injury, we aimed to examine ways to understand the reasons for this persistent inflammation and possible treatments options by looking at immune cells circulating in the body. An important aspect of this was to examine the inflammatory profile of healthy infants as the comparator group, as it was important to understand their immune cells and immune response to compare it to babies who had neonatal brain injury”.

Mary identified significant differences in markers of inflammation in newborns with neonatal brain injury who were undergoing cooling therapy and healthy newborns.  Interestingly, she identified markers of inflammation that correlated with the severity of the brain injury. “We demonstrated that inflammation is altered in babies with brain injury and this may be a possible target for future interventions as well as a good marker to predict their developmental outcome “We showed that certain inflammatory markers were better to predict the degree of brain injury. This will help us to inform parents early on about the outcome for their baby and potentially guide therapy with new medications”.

The results of the study are currently being prepared for publication in international medical journals and follow up studies to examine how inflammation affects developmental outcomes in children with neonatal brain injury are ongoing. “The babies enrolled will have follow up in a developmental clinic, where their inflammatory markers will be re-examined alongside their developmental outcome”.

Mary’s research shows that inflammation is important in the development of brain injury in newborns. “This research enhanced our knowledge on the aetiology, the prognosis and adjunctive treatments in addition to cooling therapy to improve the high morbidity and mortality associated with neonatal brain injury. Understanding the evolution of the inflammatory response in neonatal brain injury from my research will contribute towards advancing better outcomes for affected new-borns”.

Further information on Mary’s research can be found through the following links: