Our Researcher in Focus for October is Dr Judith Coppinger. Judith is a senior lecturer in the School of Pharmacy and Biomolecular Sciences at the RCSI and a principal investigator based at the National Children’s Research Centre. She was funded through the National Children’s Research Centre Leadership Award scheme which supported her research programme on Cystic Fibrosis – “Targeting Signalling Pathways in Cystic Fibrosis”. 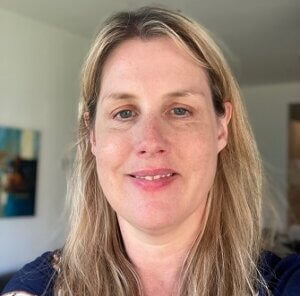 As Judith explains “Cystic Fibrosis (CF) is a multi-organ disease that primarily affects the lungs and digestive system. A defective gene and its protein product cause the body to produce unusually thick, sticky mucus that clogs the lungs and leads to life-threatening lung infections and obstructs the pancreas and stops natural enzymes from helping the body break down and absorb food”.

The incidence of CF in Ireland is extremely high. “About 34 new cases of Cystic Fibrosis in Ireland are diagnosed each year. Around 40% of the CF patient population in Ireland are aged 18 or younger. Ireland has among some of the most severe strains of CF and also has the highest incidence (per head of population) of CF in the world, with three times the rate of the United States and the rest of the European Union”.

Due to this high incidence, the NCRC and CHF Crumlin have been committed to putting Ireland at the forefront of paediatric CF research internationally and have supported a number of research programmes at Children’s Health Ireland at Crumlin, to help further our understanding of CF biology.

The main aim of Judith’s research programme was to “understand how early CF lung disease progresses by identifying potential early markers of CF disease”. Ultimately this would “help us identify populations of children who have more rapid disease progression and could benefit from earlier therapeutic intervention”.

A particular focus of Judith’s research programme was the role of extracellular vesicles (EVs). EVs are small particles released by cells that have been to show to play an important role in many diseases.  They can be detected in high numbers in biological samples like blood and urine but also are found in fluid samples taken from the lung through bronchoalveolar washing.

By measuring differences or changes in the number and type of EVs in the blood or lungs of children with CF, Judith and her team hoped to identify CF biomarkers.

“Extracellular vesicles “EVs” have been shown to be markers of disease across a range of disease states and increasing interest in their biomarker potential, their functional role in inflammatory cell communication as well as therapeutically targeting them. We were looking at the relationships between small vesicles called ‘EVs’ released into the blood and lungs of patients with CF to see important markers of disease activity in children with CF” said Judith.

To study EVs in a large group of Children with CF, Judith and her team utilised samples collected through the SHIELD CF (Study of Host Immunity and Early Lung Disease in CF) programme led by Prof. Paul McNally. This is a long term comprehensive multi-centre study designed to help understand the origins of CF lung disease in babies and small children by collecting and banking clinical information and samples over many years.

“Using different lab-based assays (tests) and clinical samples from children with CF, we examined how these vesicles were involved in regulating immune cell function and inflammation in the airways of children and adults with CF to discover if they could serve as early markers of CF disease. Additionally, we researched a novel method to isolate vesicles in blood from children with CF using small volumes of clinical samples”.

Combining the power of the SHIELD CF bank of clinical samples with the state-of-the-art technologies that Judith and her team specialise in, the study offered “exciting new possibilities to understand more about the development of CF lung disease in children and therapeutic response in CF which is very important for developing new treatments for children suffering from CF” explained Judith.

Judith and her team made a number of exiting discoveries during the course of the study. “This study showed that small vesicles ‘EVs’, are produced in CF airway in larger amounts then the control samples suggesting they are markers of CF inflammatory disease” explained Judith.

They also found that children with CF had different EV profiles compared to adults with CF. Additionally, “they [EVs] have potential to be predictors of disease progression as we discovered increased number of vesicles in adults (both lung fluid and blood EVs) compared to younger children”.

Consistent with this finding, they also found that type of EVs from children with CF changed as they got older. “Unique protein fingerprints were determined at different paediatric ages illustrating further potential for EVs as biomarkers of disease progression”.

They also showed that EVs can promote inflammation within the CF lung. “An important role for regulating inflammatory signalling was discovered as we showed vesicles could drive neutrophil (white blood cell) recruitment in CF”.

Highlighting the significance of EVs as a marker of disease progression, “preliminary data we generated also showed that current CFTR correctors [drugs treatment that target the defective CFTR protein that is responsible for the symptoms of CF] reduce the number of these inflammatory vesicles” said Judith.

Judith hopes to build on this research with future studies that further characterise the role of EVs in the development and progression of CF.

“A good body of work was generated on characterising small vesicles in Cystic Fibrosis with a large focus on paediatric clinical samples. This is a novel area and emerging area of interest on the field of CF and other chronic lung disorders. In collaboration with Prof Paul McNally we have formed and EV (vesicle) Network collaborators from Ireland and USA to investigate a range of EV questions going forward and leverage funding as a collaborative body. Due to their disease-specific cargoes, small vesicles have the promise to be biomarkers in CF and other lung disease and we intend to examine this further though the network building on our previous work”.

Further information on Judith’s research can be through the following links: