On World Obesity Day, we are highlighting some of the childhood obesity research supported by the National Children’s Research Centre (NCRC).

Clinical Research Fellow Dr. Eadaoin Hayes (UCD) is investigating if changes in the immune system caused by obesity are making it more difficult to treat children with Type 1 diabetes (T1D). T1D is an autoimmune condition where immune cells attack and destroy insulin producing cells in the pancreas. Insulin is important for removing glucose from the bloodstream into cells for storage and energy production. Low levels of insulin in T1D lead to high levels of glucose in the bloodstream which can cause major complications. The treatment of T1D requires the administration of insulin which is usually given by injection. 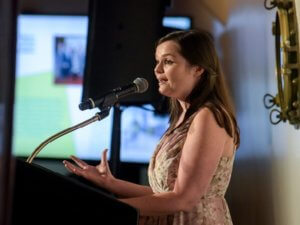 The rates of childhood obesity have trebled over the last few decades. The WHO estimate that the number of overweight or obese children under the age of five has increased from 32 million in 1990 to over 42 million in 2015 and could reach 70 million by 2025. In Ireland, 1 in 4 Irish children are either overweight or have obesity. This can increase their risk of developing medical complications such as type 2 diabetes, cardiovascular disease, and cancer later in life.

Like the general population, the rates of overweight and obesity are increasing in children with T1D. This represents a new problem as children with T1D who have obesity can be more difficult to manage clinically. In addition to the long term risks associated with their type 1 diabetes, they are at risk of the complications associated with obesity. Previous work from Eadaoin’s supervisors, Prof. Declan Cody (UCD) and Dr. Andrew Hogan (Maynooth University), has shown that children who have obesity are characterised by chronic inflammation and major changes in how their immune system works.

In her project, Eadaoin is investigating whether there are differences in the immune system of children with T1D who have obesity and those that do not. She will also determine if there is a relationship between how the immune system functions and the doses of insulin required to manage T1D in these children. Knowledge gained from Eadaoin’s research will tell us how obesity is making it more difficult to manage children with T1D and potentially identify new targets for treatment which could resolve the complications of obesity in T1D.

Clinical Research Fellow, Dr. Karen Conlan (TCD) is investigating the effect of second-generation antipsychotics on weight gain and obesity. The treatment of child mental health disorders typically combines a range of approaches, including psychotherapy, psychoeducation and medication where required. Unfortunately, some medications, particularly second-generation antipsychotics used to treat mental health disorders are associated with significant side-effects. These include weight gain and obesity which increase a child’s risk of chronic disease such as type II diabetes and heart disease in later life. These adverse effects further increase risk of cardiovascular disease in an already highly disadvantaged group who are less likely to eat a broad healthy diet or engage in exercise and activity. 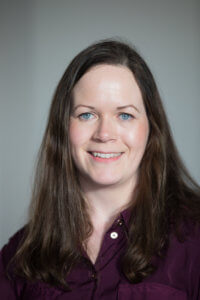 Previous research has suggested that weight gain is caused by the development of a persistent low-grade inflammatory state. Karen and her supervisors (Prof. Louise Gallagher and Prof. Jane McGrath, TCD) have partnered with experts in obesity and inflammation (Dr. Andy Hogan and Prof. Donal O’Shea) to try to identify the inflammatory biomarkers that increase risk of weight gain and obesity in patients receiving antipsychotic medication.

In her study, Karen is collecting blood samples from children before and during treatment with antipsychotic medication and measuring the levels of a wide array of molecules associated with inflammation. She will then look at the association between changes in these inflammatory biomarkers and weight gain. This will help to determine the factors that are most predictive of weight gain during treatment and in future, help identify the children most at risk of gaining weight during treatment.

Ultimately, Karen’s study will lead to better guidelines for doctors and patients to reduce the risk of weight gain during treatment. Further studies could then be undertaken to find additional approaches to manage weight and obesity for young people on antipsychotic medications in the future.

Postdoctoral researcher Dr. Kiva Brennan and her supervisor Dr. Sarah Doyle (TCD) are aiming to produce better vaccines for children. After clean water, vaccination is the most effective public-health intervention, yet despite global efforts, 2 million children die each year from infectious diseases before they reach 1 year. Vaccines often include an ingredient called an “adjuvant” that improves the effectiveness of the vaccine by stimulating a stronger immune response. Many current vaccines use adjuvants that have been found to be less effective at stimulating immune responses in children than adults. Obesity is also associated with poor vaccine responses and this is another issue for childhood vaccination programs given the growing rates of childhood obesity. As such, there is a need to develop paediatric-focused adjuvants that help stimulate an effective vaccine response in lean, overweight, and obese children. 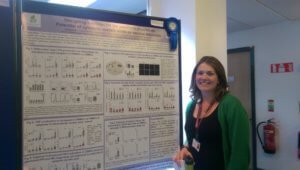 Kiva and Sarah have identified cytosolic nucleic acids (CNAs; strands of DNA or RNA associated with viral infections) as novel candidate adjuvants for childhood vaccines. They have shown that CNAs induce similar immune responses in blood samples taken from neonates and adults. They have also shown that CNAs induce comparable immune responses in blood samples from (a) neonates born to lean, overweight, and obese mothers, and (b) lean and obese children. Their data suggests that the use of CNAs as adjuvants may have potential in future childhood vaccine development.

More information on Kiva and Sarah’s research can be found through the following link:

Dr. Charlene Foley: Understanding the arthritis that affects children with Down Syndrome >