Prof. Sally Ann Lynch (Consultant Geneticist at CHI Crumlin & CHI Temple Street and Clinical Professor in the School of Medicine, UCD) was presented with the inaugural HRCI Impact Award. The award seeks to highlight the impact of researchers, funded by health research charities through the HRCI/Health Research Board Joint Funding Scheme. 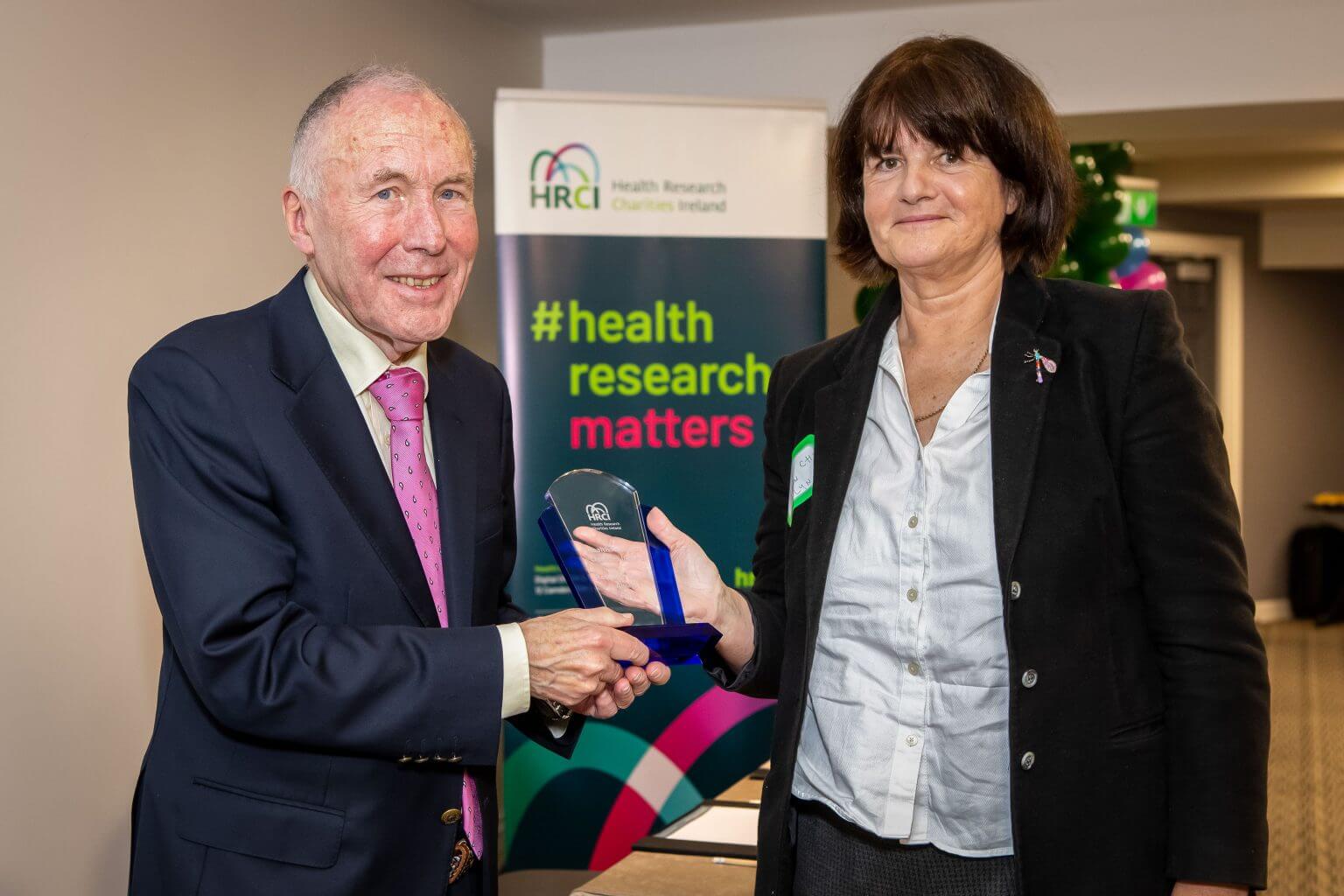 Prof. Sally Ann Lynch (right) being presented with the HRCI Impact Award by patient advocate Mr Michael Griffith (left) who was instrumental in the establishment of the Joint Funding Scheme. Photo courtesy of the HRCI.

In the project, Prof. Lynch and the research team (Dr. Jillian Casey) identified a number of genetic changes responsible for three rare diseases affecting a number of families in Ireland. Identifying the underlying genetic causes of these rare conditions has helped patients in a number of ways.

PCD is a condition caused by defects in the hair-like structures (called cilia) that are found in the lungs, nose, and ears. Cilia play an important role in the removal of foreign materials (e.g. bacteria) and preventing the build-up of mucus.  Defects in the function or structure of the cilia can cause an increase in inflammation and infection. Prof. Lynch and the team investigated the genetic causes of PCD in four families. Originally, they expected to identify a single gene causing PCD in these families as they were all from the same ethnic group. To their surprise, they identified 4 different genes causing PCD in four families. Prof Lynch and colleagues published two academic papers on the families that they studied:

Microcephaly is a condition that results in the development of a smaller than expected head size. Despite not identifying the gene causing microcephaly in a number of families, the team did identify the chromosomal region where the gene is located. They also found that inherited metabolic glycogen disorder type 5, also called McCardle Disease (a condition in which muscle cells cannot breakdown glycogen, the stored form of glucose), is in linkage disequilibrium with the microcephaly gene. This means that all affected patients with microcephaly also had McArdle Disease. So, whilst the team did not identify the microcephaly disease gene, they were able to diagnose five people with McArdle Disease. These patients are all now being managed by metabolic units to prevent possible rhabdomyolysis (a complex medical condition caused by damaged muscle tissue releasing proteins and electrolytes into the blood).

The team investigated a family with an unusual presentation of a retinal dystrophy (an eye condition associated with reduced or deteriorated vision) and early onset dilated cardiomyopathy (a heart condition associated with weakened heart muscle and a reduced ability to pump blood around the body). They found they had a rare genetic disorder with an unusual presentation for that gene. There is a specialised clinic for this disorder in the UK which the family have now availed of. Whilst there is no specific treatment for the disorder, they team did end the diagnostic oddity for the family and were able to give prognostic indicators which helped with long term management. 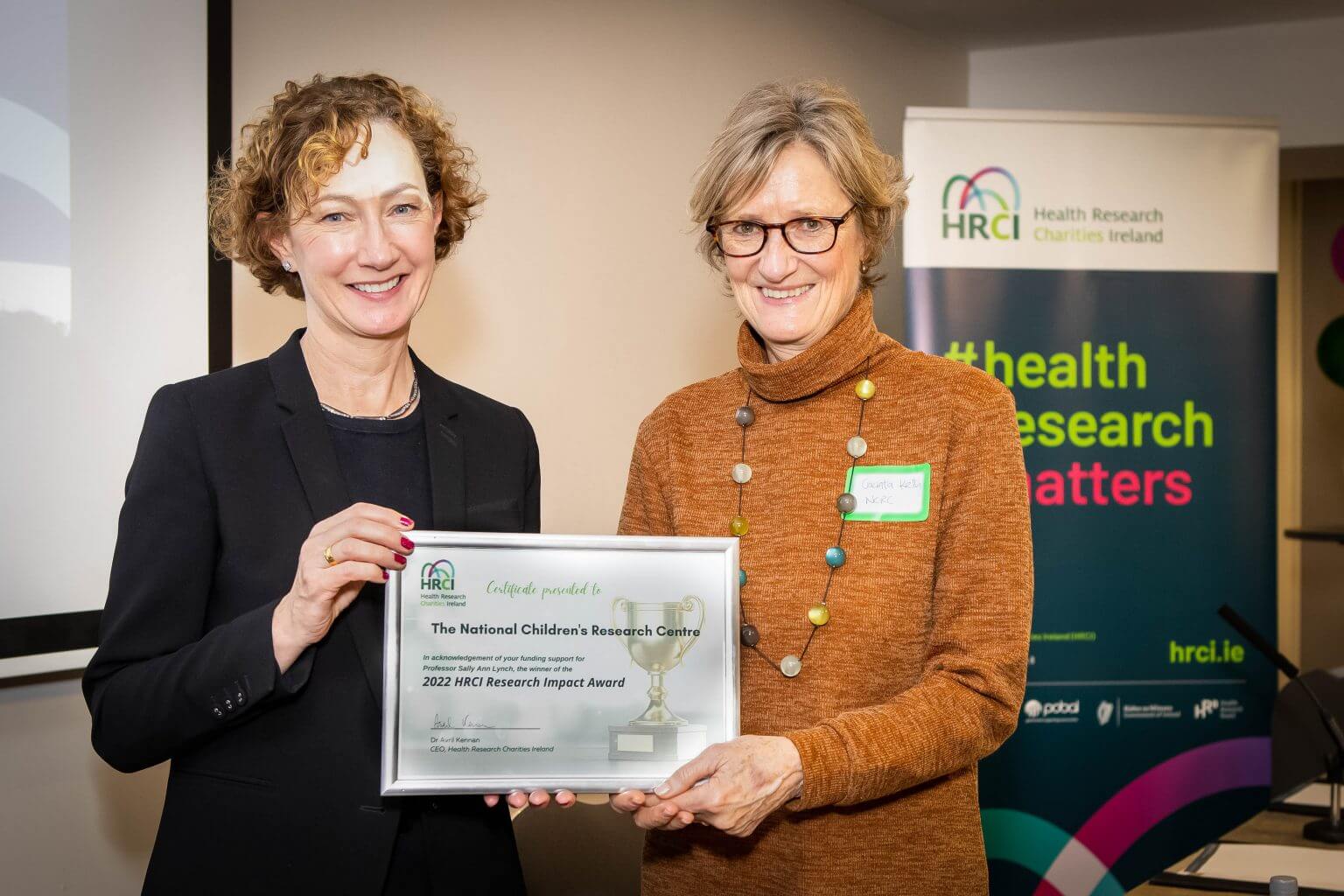 The project also had a wider impact, leading to the development of a rare disease handbook for primary care providers, with guidelines on genetic testing and risk assessment of rare diseases, and the production of animated videos explaining different aspects of genetics for patients, families, and healthcare professionals.