The NCRC is delighted to announce that Professor Padraic Fallon has been appointed to serve as the new Chair of the NCRC Scientific Advisory Committee.

Professor Padraic Fallon, who has been a key member of the NCRC Scientific Advisory Committee since 2011, is the Science Foundation Ireland Stokes Professor in Translational Immunology in the School of Medicine, TCD. His primary research interest is in understanding how and why faults occur in the immune system and how they can be treated. Professor Fallon has a particular interest in immune disorders such as allergic lung inflammation (asthma), skin inflammation (eczema) and inflammatory bowel disease (ulcerative colitis and Crohn’s disease). From 2011 to 2017, Professor Fallon served as Director of the Paediatric Research in Translational Immunology (PRiTI) Programme, a strategic partnership between TCD and the NCRC. 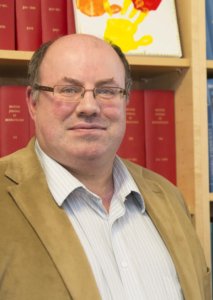 The full list of NCRC Scientific Advisory Committee Members can be found here.