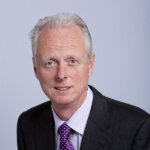 Prof Keane is Dean and Head of School of Medicine at University College Dublin since 2018. He is also Professor of Medicine and Therapeutics at UCD and consultant respiratory physician at St Vincent’s University Hospital since 2007.

Prof Keane graduated from UCD school of medicine in 1989. and received his MD from UCD in 2000. Following initial clinical training in Dublin he moved to The University of Michigan, Ann Arbor in 1995 to undertake fellowship in pulmonary and critical care medicine.  He subsequently took up a faculty position at University of Michigan in 1998.  In 2000 he moved to UCLA where he remained until 2007 when he returned to Dublin. His research has focused on the pathophysiology of pulmonary fibrosis.

Prof Keane has served on the council of RCPI and was a board member of St Vincent’s Healthcare Group from 2010-2019. He served as acting CEO of St Vincent’s University Hospital from 2015-2018.

The functions of the National Children’s Research Centre (NCRC) are being transferred to Children’s Health Ireland (CHI) in 2022. The NCRC website is currently being updated and will be relaunched as the CHI Research and Innovation Office website soon.